Maybe it was because of the beautiful but distracting sunny days, or maybe because it was really time for a break, April was a challenging month for me to get works done. The Easter holidays came at a much needed time. Taking advantage of my days off and the sunlight, I was finally able to scratch something off my “to try” list. I realized that for a project investigating the visualization of flowers, I have spent little time working with the living plants that the early modern image-makers were capturing. Thus, I visited multiple botanical gardens in Utrecht and Amsterdam, sat in front of some similar garden flowers as those in the seventeenth-century flower books of my study, and took notes of my observations and made colored sketches of the plants (Fig. 1).[1] 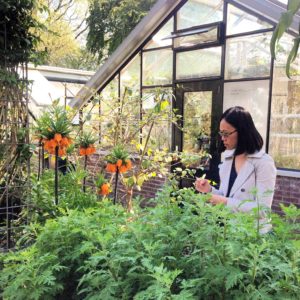 Unlike my rushed experience of studying the leaves during my previous research trips, on these excursions I gave myself more than plenty of time—between half to one hour to stare at (and sometimes touch, if allowed) a plant, and only one to two plants per day. This process has a soothing, if not therapeutic, effect. At the end of each session, I did not usually end up with many notes, and the sketches are rather raw and messy (Fig. 2). However, this close encounter of interacting with plants helped me become more aware of things that are absent in the flower books. 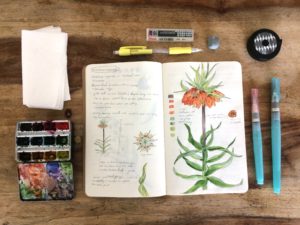 Fig. 2. Notes and colored sketches of a crown imperial and my travel kit for studying in gardens.

What are NOT in flower books

The first, and perhaps the most obvious element, is the missing of smell. While the texture(s) of a plant can be visually represented to a certain degree, the smell of a plant cannot. Until recently, I have never paid too much attention to the sense of smell.[2] Sitting in a garden, however, it is hard not to notice the odor of the plants. For example, a crown imperial has a strong musky scent that visitors can quickly detect when standing nearby the flower, as a friend who was at the Hortus Botanicus Amsterdam with me and I have concluded after a relatively long discussion about what we were sniffing.

I have also become more sensitive to the sizes of the plants and how they affect my interaction with them. A crown imperial is tall. When it is grown in a raised-bed planter, the tip of the flower can almost reach my eye level. I could stood at ease in front of the plant when I was taking notes and sketching (Fig. 1). Drawing a pulmonaria (lungwort) was a very different story. The small plant is low to the ground (Fig. 3). To study the details of the flowers and leaves, I had to kneel down and hunch over in order to get a closer look. This changing of body positions is not required when leafing through a flower book. 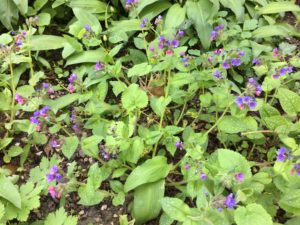 Fig. 3. Some pulmonaria at the Oude Hortus at the Universiteitsmuseum Utrecht.

Sitting in the gardens and looking at the living plants also made me realize that the flower books of my research do not indicate if the flowers were planted in quantity for their “effect” in early modern gardens. In watercolor flower books, each flower most often would have one representation, and a cluster of the same plant as in Fig. 4 is uncommon. In the Amsterdam botanical garden, it took only a few crown imperials to impress garden visitors. Pulmonarias, on the other hand, relied on their large number to compete for visitors’ attention. I started to think that perhaps, in a way, by focusing only on one specimen for each flower, the image-makers help us see the beauty in the most humble flowers. 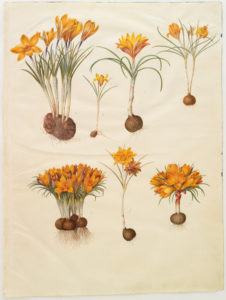 Noticing what are not present reinforces the fact that flower books are intrinsically visual. The experience of being in a garden and engaging with living flowers cannot be fully represented in watercolors. How to emphasize the visual part of such an experience and make the plant images engaging through picturing techniques would be the challenges of the image maker(s). This experiment to study living plants in gardens could have stopped here, as I have gathered from this process some new ideas to further investigate for my project. Nonetheless, something unexpected happened. The living flowers were so inspiring, I decided to develop my sketches into watercolors.

I cut a sheet of 90lb watercolor paper into small rectangles that are around 9.5 x 14.3 cm. Using my sketches and photographs of some pulmonarias I studied, I created a little watercolor of the plant. The paper, watercolor paint (both transparent watercolor and gouache), brushes, writing ink and pen are all modern materials (Fig. 5). I was not trying to paint in a seventeenth-century fashion, either. Unlike the remaking research I will delve into in my second year of the PhD project, nothing is historically accurate about this pulmonaria watercolor. However, the fact that it is the living flowers—instead of the watercolors in the flower books that I adore so much—that motivated me to return to art making, perhaps speaks for why early modern collectors commissioned to have their living plants painted. 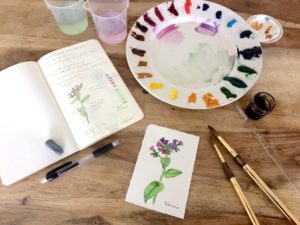 Fig. 5. The pulmonaria watercolor and the used tools and materials.

It appeared that my trips to local botanical gardens have not only brought me several new thoughts and sunbaths, but also a sanity project. As the days are getting longer and warmer, it will be a good period of the year to continue studying living flowers and making watercolors to decompress after work. It will be a slow project, but so were the early modern flower books that usually took years to complete. Maybe by the end of my PhD project, I will compile enough leaves to have my own flower book bound.

[1] For my botanical illustrations during my undergraduate program, I mostly studied cut or potted flowers in studios instead of in the plants’ natural environment.

[2] My recent participation in the Lorentz Center Workshop, Types of Knowledge: Towards a New History of Concepts and Practices (https://lorentzcenter.nl/lc/web/2019/1101/info.php3?wsid=1101&venue=Snellius), included an exploration on the senses of smell and taste, which helped me rethink the role of smell in early modern botany.

2 thoughts on “Living Flowers as Inspirations”