“Oh my, that’s heavy.” This thought comes up every time I pick up my granite slab for grinding pigments and mulling paints.

“Why won’t this malachite break?” I asked myself impatiently when breaking the stone into small pieces.

“My fingers hurt.” I complained after mixing colors for hours.

The three examples of my honest responses demonstrate some of my physical reactions during the process when conducting experiments. An important aspect of working with historical remaking as a research method is to understand the level of labor and the performance of one’s body in different situations. For example, when printing an image with a hand press, I had to put my entire body to work in order to pull the heavy handle that lowers the platen to get an impression (Fig. 1). Operating a printing press is hard labor, and it manifests in the size of the mechanical device. Similarly, one easily notices the labor that goes into blowing glass and casting metal because much attention is paid on the movement of the body in order to work with the tools and materials, as well as to keep the maker safe.

Fig. 1. Operating a hand press to print a woodcut.

Comparatively, working on color making and painting is much less physically demanding. What kind of labor is involved when making and painting with watercolor? This was a question I had never given any thought when studying in an art school. Back then, the working process was—while not mindless—an intuitive act. The attention was usually directed to obtaining a satisfying result, such as a desired visual effect. Discussions and critiques centered around the concepts and techniques of our works, but not the labor behind the pieces. Returning to watercolor as a researcher, however, I started to analyze decisions and actions that used to be performed naturally without too much thinking. I realize that labor, which often is accompanied by pain, was one obvious element that I overlooked as a practitioner.

Because I work in a lab, instead of a studio or a workshop, the space needs to be cleaned and all the materials and tools need to be put away by the end of a work day. Setting up my paint mulling station and transporting the granite slab in and out of storage became a routine (Fig. 2). This step may be ahistorical, as a proper workshop might have a designated space for mulling paint. However, even when such a space is available, there is always the preparation of materials and the cleaning of tools before and after paint mulling. The weighty slab magnifies the labor in the preparing stage before the actual work of paint mulling can start. 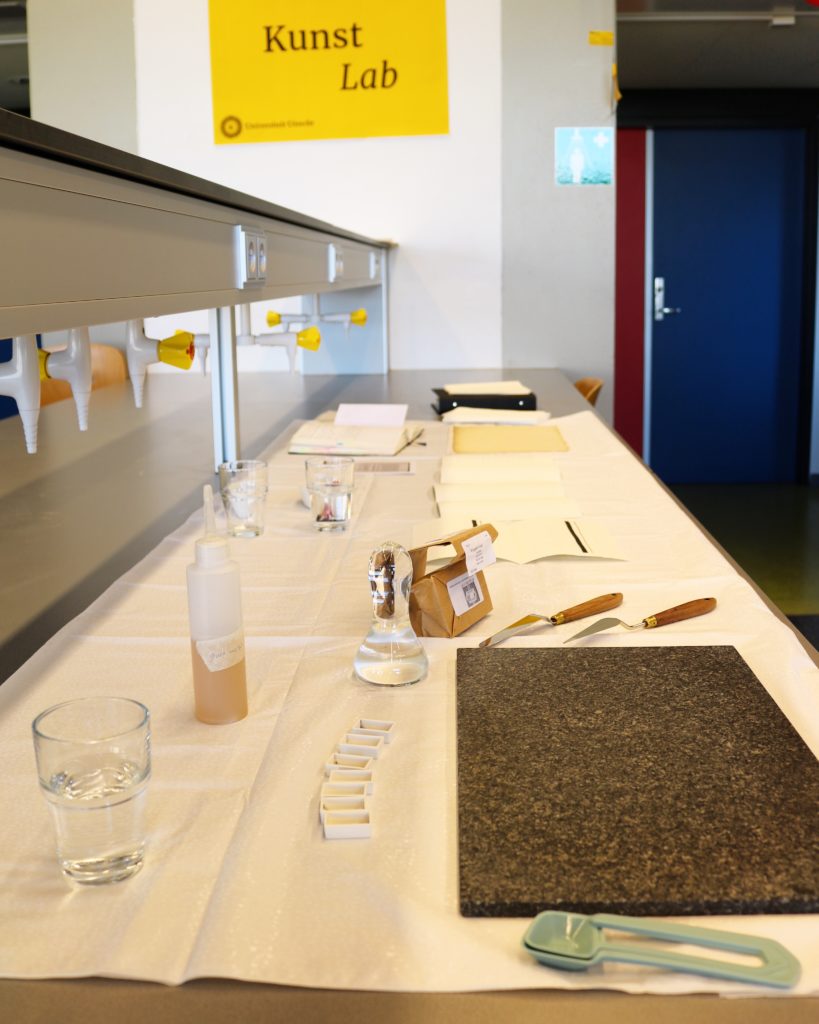 Fig. 2. Paint mulling station in the Kunstlab, with the gray granite slab in the foreground of the picture.

Sometimes, excessive labor is caused by ineffective procedure. To produce a green pigment with malachite, the first step was to break the stone into small pieces before they could be crushed into powder (Fig. 3). On the first day of this experiment, I did not have a hammer, and all I could find in the lab that could serve as an alternative was a metal rod. To procure a proper tool meant to lose several hours in the lab, so I made the decision to bash the stone with the rod. This became a typical scenario of working harder but not smarter, as I most likely spent as much time, but more physical labor, to break the stone into little chunks, and calluses developed on my hand due to the feeble tool that was not designed for this purpose. The calluses are a signpost that historical recipes sometimes advice specific tools or devices for certain tasks for a reason. 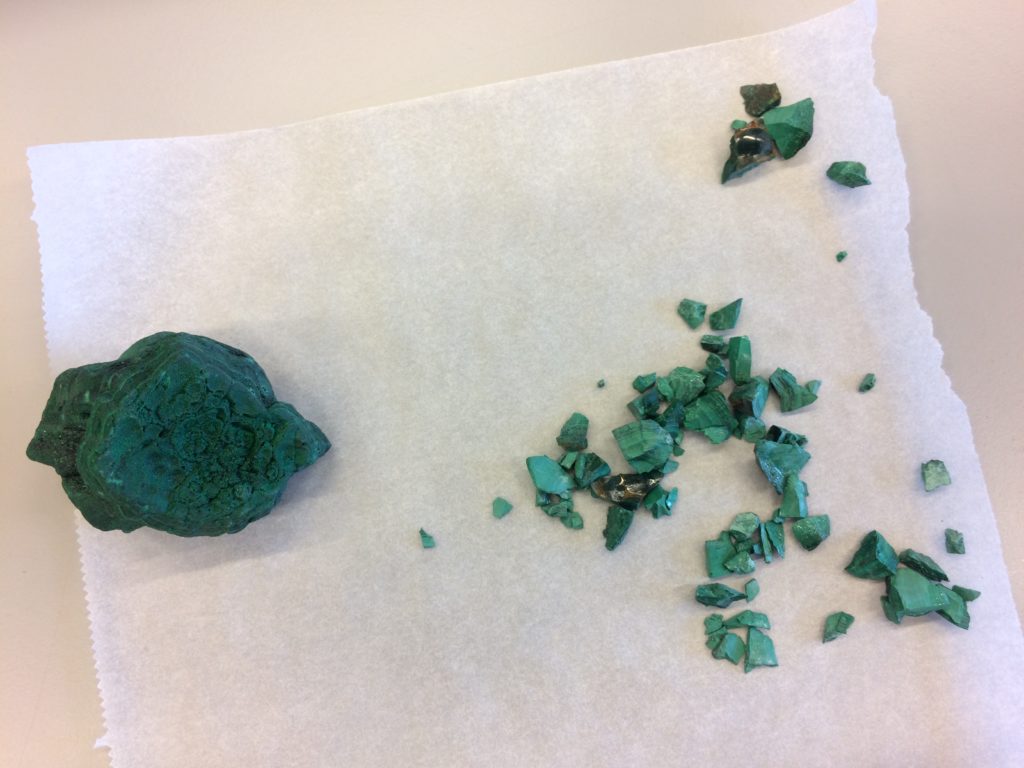 Calluses are unpleasant, but the pain induced by overworking would be the hidden danger of seemingly easy labor. On the surface, painting with watercolor does not seem to require much effort. It is a clean and neat practice, and the needed tools are lightweight. Nevertheless, holding a brush puts tension on fingers, and working for long hours could lead to pulled-muscles. One of my latest experiments was systematic color mixing (Fig. 4). To mix the 1,326 colors from the selected fifty-two colors for my project with each other, it took me ten days and a minimum of eighty hours to paint the total of 3,978 dots. This intensive use of my fingers in a relatively short time caused some mild pain in my fingers.

These physical discomforts from remaking experiments are familiar, as they have always been part of the making process, only now they have been brought to the foreground. I recall that there were two weeks that I could not hold a pencil after a big project; stories of students suffering the same pain or even seeking medical help due to overuse of hands and fingers are also common. Safety measures to prevent burns and cuts that could be potentially life-threatening would be one of the first things to mention when learning a new technique. I am always alert and careful when working with knives to avoid turning my artistic endeavors into lessons of anatomy. Yet, the pain and injury from accumulated small labor did not seen to find its way into discussions in classrooms, nor in historical recipes. With my new awareness of labor and pain, perhaps possible descriptions that deal with similar experiences would become more identifiable when revisiting historical sources.