June was a really intense and stimulating month for me, as I gave four presentations of different (albeit related) topics at international workshops and conferences. The participants of these events came from several fields, with one conference consisted of predominantly historians of art, one of historians of science, and two of more interdisciplinary researchers. Navigating through disciplinary boundaries and adapting my ideas to audiences that do not always use the same “language” of shared terminologies or definitions of words was challenging, but also useful to practice how to better communicate my research across the board.

Despite the different topics and audiences, one point recurred throughout all my presentations and conversations with other historians during coffee breaks and dinners: there is a clear emphasis and interest in the process of making in my research. At one of the informal conference dinners, in particular, a senior academic asked me why the historical process of making. What is it about the making process that is so enticing and significant? Surprisingly, while researching historical processes seems to be an obvious path for a former and an occasional image maker to take, I have never attempted to explain and articulate why studying the process of making should be considered for a historical research.

Towards a history of making

Of course, many experienced researchers and academics have already critically and eloquently argued for the history of making. The word “making” has a strong emphasis on the “process” of how things are put together, even though it can be implicit in the text. Pamela H. Smith’s seminal book, The Body of the Artisan, demonstrates the crucial role of artisanal knowledge in the development of early modern science and started a line of discourse.[1] Her Making and Knowing Project continues to explore the intersections between the hands-on practice of artistic making and theoretical scientific knowing.[2] Similarly, the Artechne project considers “’technique’ as a textual, material, and social practice.”[3] By reconstructing historical recipes and/or reworking historical processes of selected materials and techniques, researchers of the Artechne project investigate how knowledge related to making something was transmitted and studied. The history of making thus opens the door to better understand tacit knowledge that is difficult to verbalize or textualize.

Coming from a maker’s background, however, I think the history of making has another layer of meaning to a piece of (historical) work. The making process is personal. The temporal aspect of the process—the ever-changing transformation to turn one thing into another—makes it an experience. The final product or finished work can be accessed by anyone, and anyone can interpret and engage with it in their own way. The process, however, is only shared with those who participated in making the work, and this exclusive experience to witness how one thing morph to another is often the most exciting part (to a maker, at least). The prevalent books and shows on the making of movies or manufactured products and the behind-the-scene tours in our present day speak for this idea. Knowing how something is made is not taking the “magic” of the finished work away, but to gain a deeper understanding and appreciation of the labor and effort behind by partaking in the making process, even if only retrospectively and virtually.

Moreover, process reveals the practical issues, the compromises and creative solutions to the encountered problems, that contribute just as much to a final product as ideas and concepts. Anyone who has embarked on any kind of making project—give it painting, sculpting, building, researching and writing, or essentially anything—would agree that what one has envisioned the final piece would be almost never becomes reality. The constraint of time, funding, and other types of resources means that many ambitious ideas needed to be prioritized, simplified, or even eliminated throughout the process. This limitation, however, is not always negative. Constraint sometimes leads to the most creative problem-solving in order to work around an issue. Taking the making process into account can thus provide a more nuanced understanding to explain why a finished piece of work is the way it is from a practical perspective.

For example, I still have a vivid memory of making the mimosa watercolor (Fig. 1) from several years ago because it was a tricky one throughout the process (Fig. 2). The piece was drawn from studying live specimens, and the goal was to capture the lifelikeness of the plant in an engaging manner. The most problematic part for me was mixing the yellow of the flowers. The yellow of the mimosa is a cool yellow. When the exact color is mixed in watercolor and applied onto a piece of paper, it became muddy and the plant looked as it has withered. For the final piece I used a warmer yellow as the base color, and added shadows with a warm brown that is much darker than in reality. Because of how the watercolor material behaved, I decided against my original plan of capturing the colors of the flowers truthfully. By finessing and exaggerating the colors of the mimosa flowers, the “accuracy” of the plant is compromised, but its aesthetic quality is better retained. 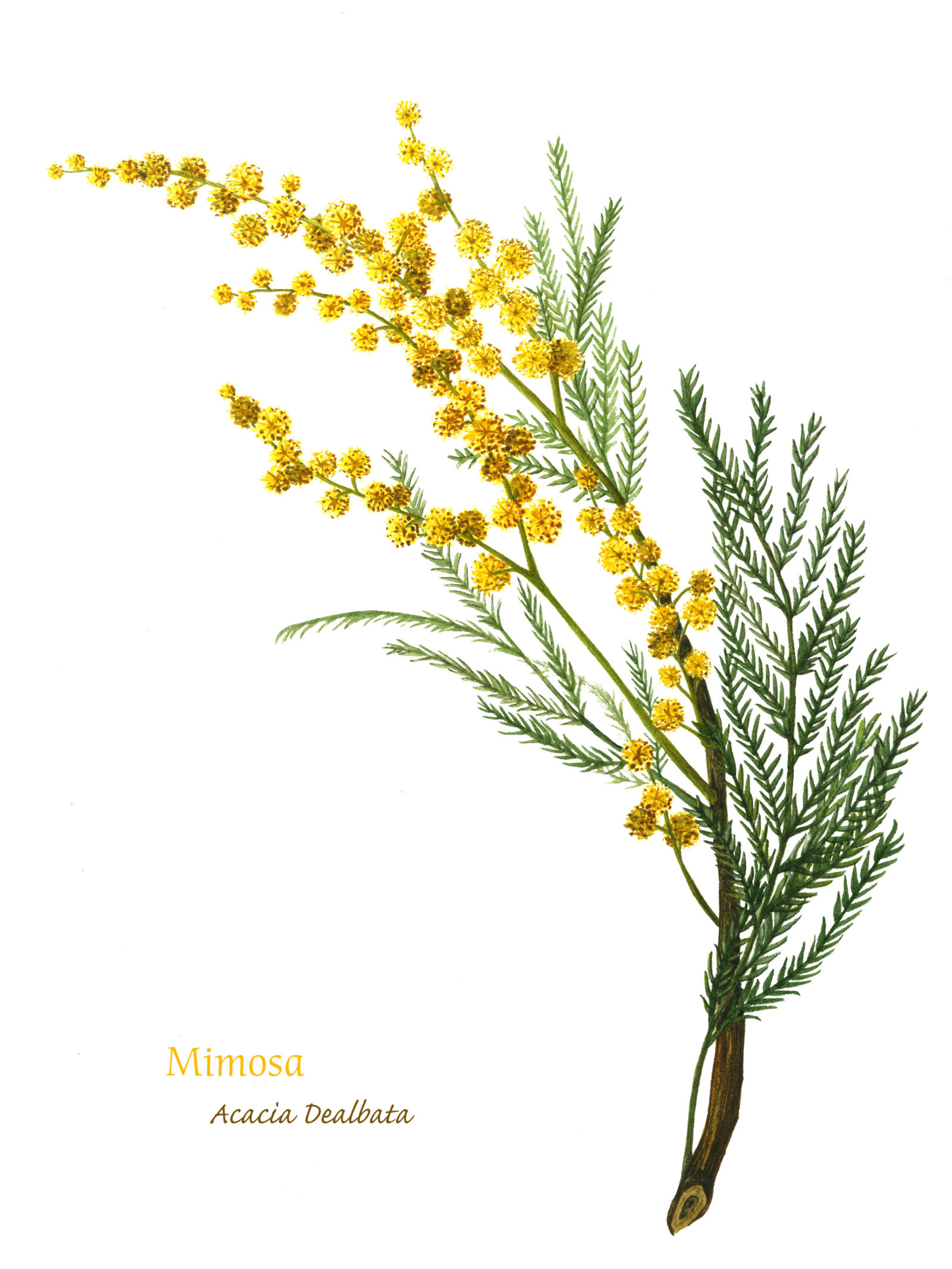 Fig. 2. Preliminary study and thought process of the mimosa watercolor.

The making process is messy, chaotic, and frustrating, but it can also be exhilarating, inspiring, and rewarding. My own experience of making images constantly reminds me that the exclusive experience of a making process conceals many of the decision-makings from being seen in a finished work; practical issues also contribute much to a final piece of work, no matter how elaborate the initial idea and planning is. While we can never fully replicate a making process, study the history of making can uncover how people dealt with similar or different practical challenges throughout history when making things. Combining the making process and the ideas and concepts of a piece of work can thus help us examine historical works in a more objective manner.